There were several highlights of the month for November. Two examples illustrated some contrasts in the life of the church and the people, who worship with us.

The first was a very important celebration when, on Sunday 17th November we held a Confirmation Service at All Saints’, led by Bishop James, the Bishop of Rochester. Over thirty people were confirmed (and individuals were baptised and welcomed into the church as well).

The second was an illustration of the very varied activities that can go on, especially in the name of fundraising for charities. On Sunday 10th November “It’s Murder” was a murder mystery event over dinner. Members of the church congregation worked (and acted) with the Temple Players to fund raise for Seeds4Tanzania. P.S., the butler didn’t do it, despite his suspicious fake moustache.

We also had, and should not forget, on Sunday 10th November, Remembrance Sunday, when we held our Remembrance Service.

We saw out October with a delightful visit and talk by Dad’s Army Vicar, actor Frank Williams, who also touched on his faith. That heart-warming appearance was coupled with the news that our heating is off while further steps are taken to resolve a problem which will entail some  work in the church.

To help take our “Great Commission” forward, the Parochial Church Council has established a new committee. The background and details of the committee are in the Letter From The Vicar for October, and for convenience this is repeated in full below.

At the end of St Matthew’s Gospel, we read that the Risen Jesus commissioned his disciples, thus:

“All authority in heaven and on earth has been given to me. Go therefore and make disciples of all nations, baptizing them in the name of the Father and of the Son and of the Holy Spirit, and teaching them to obey everything that I have commanded you.”

The Church has traditionally named this instruction from Our Lord as “the Great Commission” and has usually interpreted it as an instruction, not just to Jesus’ disciples, but to Christians of all times and in all places, to spread the Good News.

At All Saint’s we take the Great Commission very seriously. So seriously that the Parochial Church Council (PCC) has established a new committee, the Mission Action Committee, to:

– To bring forward mission and church growth proposals to the PCC in respect of worship, work with young people, raising vocations to the ordained and lay ministries, the provision of courses and outreach;

– To work with the Vicar and the PCC on implementing specific agreed mission and church growth proposals;

– To evaluate periodically the effectiveness of the parish’s mission and church growth programme.

The members of the Committee initially will be Sheila Anderson, Pam Mercer, Jean Reeve, Duncan Hellicar, Lesley Birse, Mandy Turner, Mary Hart, Abi Hiscock and Silvia Miotti. I will chair the Committee, which will meet for the first time later this year.

I am hopeful that the group will help us all assess our current work in the parish, asking if it is making disciples, otherwise shall we discontinue that work and focus on more encouraging areas of work.

I am particularly hopeful that the Committee will give thought to initiatives in respect of:

– Quiet and Away Days (how we deepen our faith).

I am not envisaging changes to our worship on Sunday and Wednesday mornings, including our Parade Services.  Rather we have plenty of other “slots” on Sundays and other days, when we could launch new events and services, as indeed we have been doing these past few years.

Please pray for the members of the Mission Action Committee as they begin their work! 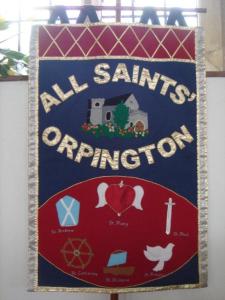 August might have been quiet what with people going on holiday, but for a church as lively as ours not only is a lot going on, but a lot is being prepared for the future as well, and September will see the start of Confirmation classes and more. 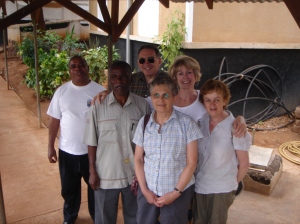 July ended with a double event relating to the church’s support for important causes in Africa. The final Sunday morning Eucharist on 28th July featured an Africa sermon – here – which talked about the recent church trip to Africa, in particular Zimbabwe for The Michael Project and Tanzania for SEEDS4Tanzania. The service was followed by a Tanzanian Lunch and Table Top sale to raise funds for SEEDS4Tanzania. We also launched this website! Since then we’ve made some changes to improve it further, and added to the Gallery, where you can see more images of church life and achievements.

Images also include our recent walk for The Children’s Society. Jean Reeve provided a few words about the walk, “Twelve of us set off from Knockholt on a 9 mile circular walk via Chipstead and Chevening. Fortunately the weather was cooler than the preceding week and we enjoyed a pleasant walk with fine views from the North Downs. We hope to have raised nearly £500 for the Children’s Society. Thanks are owed to Dave House for providing transport to and from the walk and for his supplies of cold water for thirsty walkers.” 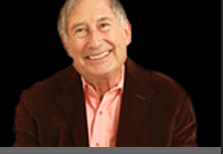 June saw the arrival of summer at last and Petts Wood author David Nobbs came to our church hall for a talk about his Lifetime In Comedy, writing for Les Dawson and The Two Ronnies and as author of The Fall and Rise of Reginald Perrin. David subsequently appeared – with a mention for All Saints’ – as the front page feature in the Bromley Times and money was raised for the Bromley Foodbank. We also enjoyed many other events and activities and look forward to more, including our Dedication Festival on 14th July and our Tanzanian Lunch on July 28th to fundraise for SEEDS4Tanzania. 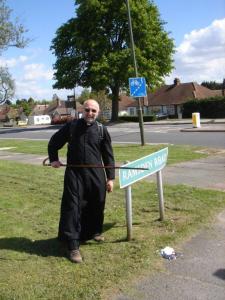 Beating the bounds May 2013

Among the things we’ve been doing in May has been “beating the bounds.” In keeping with tradition, a group of members of All Saints’ Orpington (the original parish of the town) led by the Vicar, the Revd Brian McHenry CBE, beat the bounds of the parish.

The group took four and a half hours to walk the parish’s perimeter. At relevant points the Vicar would beat a signpost or street sign saying “Mark! Mark!” thus asserting the ancient boundaries of the parish. The parish extends from Crofton Lane to Skeet Hill, north of Well Hill, and includes a substantial rural area. Brian said “This annual beating of the bounds reminds us of all those who work on the land, on whom we depend for a good harvest.” As the group went on their walk, they prayed for all who work and live in Orpington. 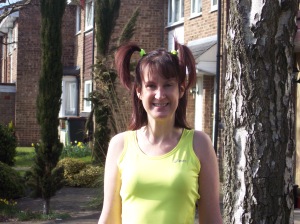 A highlight of April was for our charity SEEDS4Tanzania.  Nurse Tracy Clarke ran the London Marathon on 21st April to raise funds for the charity. She would appreciated the support and sponsorship she received and completed the event in 5 hours and 22 minutes.

One of the most enjoyable events in March was the Palm Sunday procession, featuring, once more, Solomon the donkey.

To view and order prints by Richard Rayner click here

Visits to our site